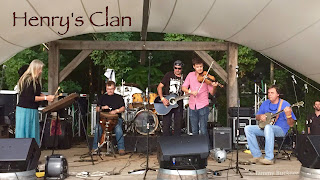 When Greg took so ill, we made the very painful decision to pass production of the WNC Highlands Celtic Festival into the capable hands of Highland Brewing Company. Along with that decision came the realization that my band, Marcille Wallis & Friends, must be taken out of the lineup as well.

But sometime after Greg passed, I decided to go to the festival, just as a spectator. And Matt joined me for the trip, hoping to sit in with Rathkeltair for a few sets. We both wanted to see the continuation of the festival that we'd worked on since its founding.

On Saturday, we learned that a transportation mishap caused one of the bands to cancel. Although not a formal member of the planning team, my mind immediately went into Festival-Organizer mode: What should be done to fill the hole in the performance schedule?

It's nice to have friends who are as crazy as you are! I suggested to Matt that we put together a pick-up band, to which he readily agreed. Next we enlisted other friends -- vocalist/guitarist Trevor Tanner of the band Rathkeltair, percussionist Nick Watson, also of Rathkeltair, and banjo maestro Scooter Muse -- and I pitched our idea to Highland sound man, Jay, who thought it was a great idea. Next, I put it out to Facebook and Twitter land -- what should we name the band? My friend Peggy Bowe suggested "Henry's Clan," after my dog Henry, who is jokingly referred to as the CEO of Celtic Heritage.

So Henry's Clan was born, and it was so much fun! We played a few instrumental sets from the Marcille Wallis & Friends catalog, sang a few songs from Trevor's repertoire, and judging from the happy smiles, I'd say we gave a right good account of ourselves.

I'm already looking for an opportunity to have Henry's Clan make another appearance!

Here are some more photos taken at this weekend's festival: 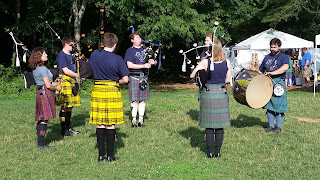 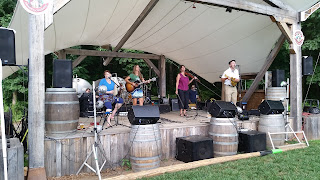 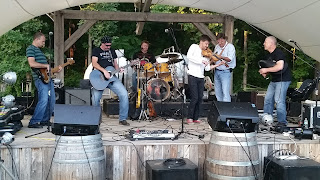 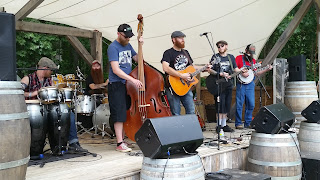 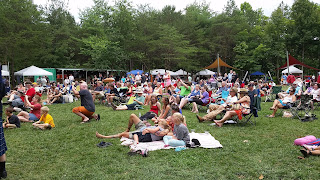 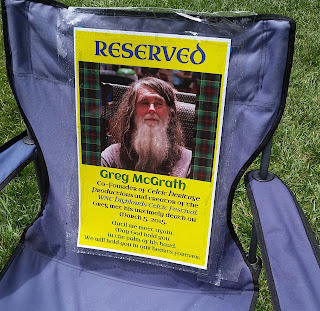 Posted by Marcille Wallis at 11:00 PM No comments: