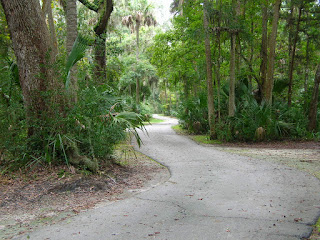 The picture shows the approach to our campsite here at Hanna Park.  Makes you want to join us, doesn't it?  Here's a little temptation: at night it's so quiet here, the only thing we can hear is waves crashing onto the shore.

Hanna Park is located on Florida's First Coast.  We love to name our coastal regions in Florida!  Greg and I live on the Sun Coast, on Florida's west (Gulf Of Mexico) coast.  Another Gulf coastal region is the Emerald Coast, up in the "panhandle."  On the Atlantic side, there's the Space Coast (near the NASA launch site, naturally); a little further to the south, the Treasure Coast, and the area between Palm Beach and Miami is intuitively named the Gold Coast.

The First Coast is so named because it includes St. Augustine, the first permanent European settlement in the Americas.  Does that surprise you?  Our school history studies -- at least the parts that tend to stick with us -- are often laughably inaccurate when it comes to the settlement of North America.  When I was in the second or third grade, I learned that "Columbus discovered America."  At that young age, the obvious question never occurred to me: "If Columbus met Indians upon his arrival, shouldn't we call the Indians the true discoverers of America?"  In the fifth grade, one whole period of each day was devoted to American History, and what I remember best about the colonization of America is the story of the Pilgrims -- how they landed on Plymouth Rock and celebrated the first Thanksgiving with the native Indians.  In the seventh grade, my peers and I were required to take a course in Florida History, and it was through that course that I learned that St. Augustine, colonized by the Spanish in 1565, predates both the Plymouth Colony (1620) and the Jamestown Colony (1607).  Since Plymouth and Jamestown were both English colonies, and the Spanish were effectively kicked out of Florida in the early 1800's, I guess this is another example of how history is (re)written by the victorious.

Here's another tiny little surprise that involves the First Coast: Mayport, just to the north of Atlantic Beach, was founded by French Huguenots on May 1, 1562. 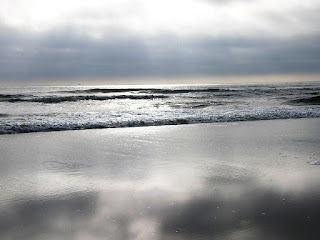 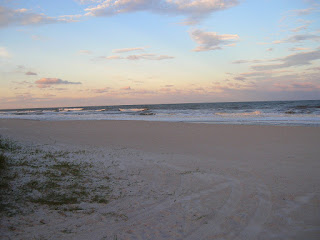 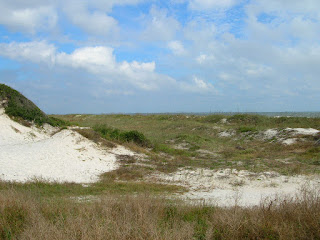 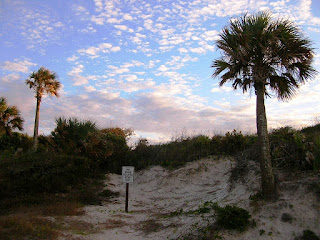 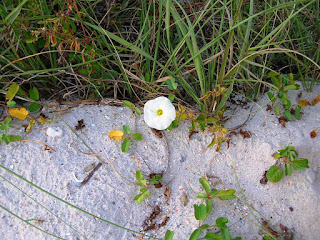 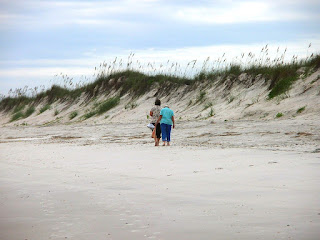 Posted by Marcille Wallis at 3:46 AM No comments: