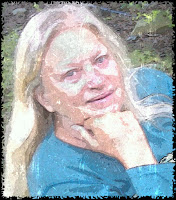 Posted by Marcille Wallis at 10:34 AM No comments:

I love the backroads! If you’ve got a specific destination and a time-sensitive arrival is necessary, the Interstates are great for getting you there fast (until they’re not, but that’s another story for another time). But if I’ve got time to spare, I’m willing to let the road take me. Often there are great discoveries awaiting.

And that’s just how it was on my trip home after the last of my band’s Christmas With The Celts shows in the Florida Panhandle. Rather than heading north to catch boring I-10 for the trip east, and eventually south, I chose to head east on FL-20, a mostly two-lane highway that passes through places you’ve probably never heard of like Bruce, Ebro, and Blountstown.

About 20 miles east of Ebro, I stopped at a place I’d never heard of until quite recently: Pitt and Sylvan Springs. (Our band’s right-hand man Rob had briefly visited this place on his way out to the concerts, and the pictures he took were so beautiful I had to see it for myself.) It’s a small park managed by the Northwest Florida Water Management District; peaceful and mostly very quiet except for the sound of the occasional car speeding along Hwy 20.

My first short walk took me to Sylvan Spring. 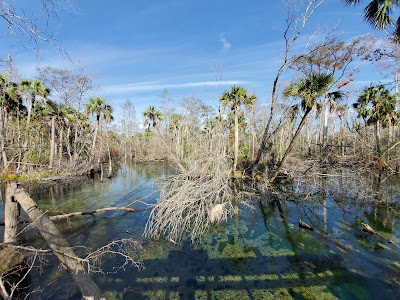 Next I walked toward the confluence of Sylvan Spring Run and Ecofina Creek. 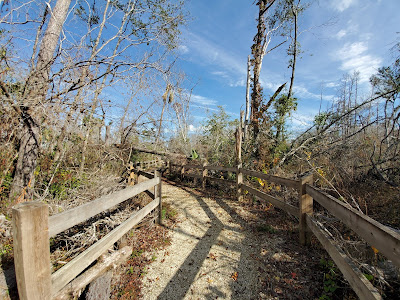 The spring run appears a little clearer and a little more blue than the actual creek. I paused here for quite a while, just enjoying the wild Florida beauty and the solitude. 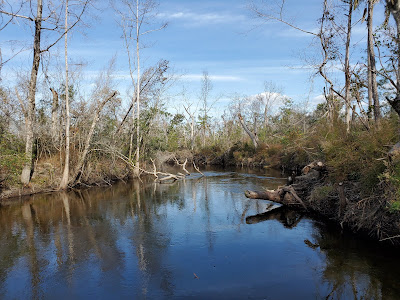 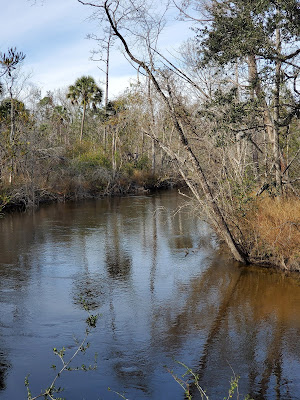 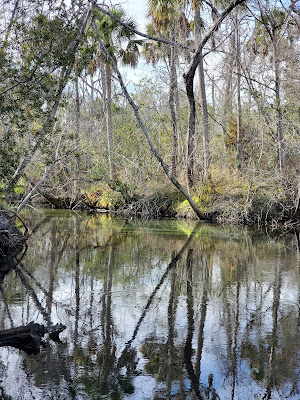 There’s archaeological evidence that people have lived in this area since the Paleoindian Era (about 12,000 – 8000 B.C.). Ecofina Creek, however, got its name more recently. Muskogee people moving into Florida in the late 1700s used this region to cross the creek and thus called it “Ecofina,” which is their word for “natural bridge.”

Someone who’s far more educated as to ecosystems than I can you exactly what sort of ecosystem this is. To me, it just looks like “Florida.” 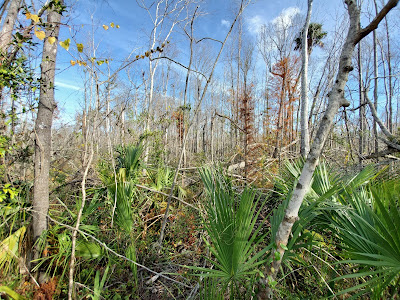 And this part of Florida got hit pretty hard by Hurricane Michael. Looks to me like Michael barreled right over Pitt and Sylvan Springs, because evidence of destruction is still everywhere … and the recreation area was actually closed for a while, for cleanup and to make the facilities safe for use again. 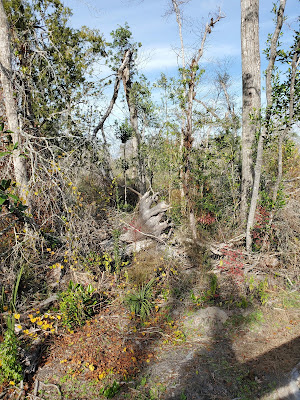 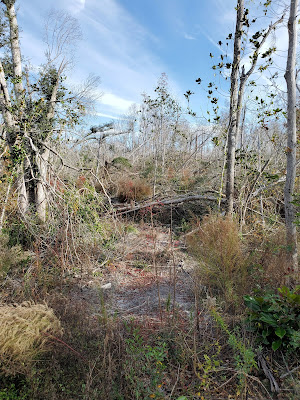 Still, nature goes on, as evidenced by this very young Sourwood tree. 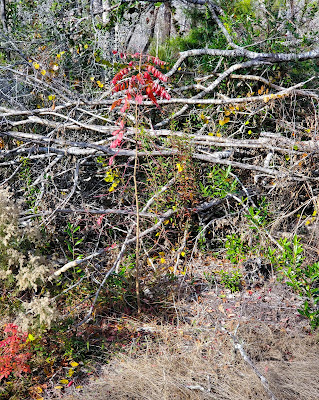 Making my way back, I crossed the common area of parking lot and picnic shelters to take a look at the swimming hole created by Pitt Spring. I bet on a hot day this is a wonderful place to cool off! – even on this fairly chilly day it looked so inviting!

Again I took a long pause to stare into the mesmerizingly blue-green depths of the pool and to watch the little fish dart to and fro. 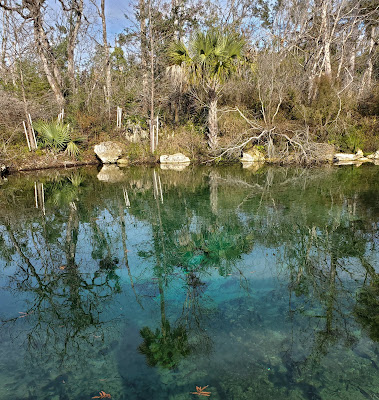 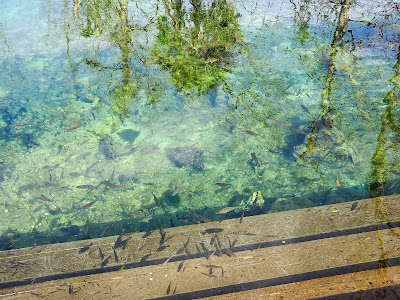 Turning toward the canoe dock, I came upon this little bog 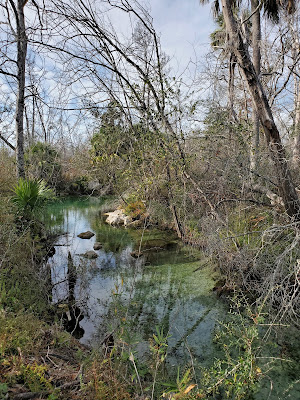 before coming back to Ecofina Creek. I’m not a paddler, but a day on these waters sounds pretty appealing! 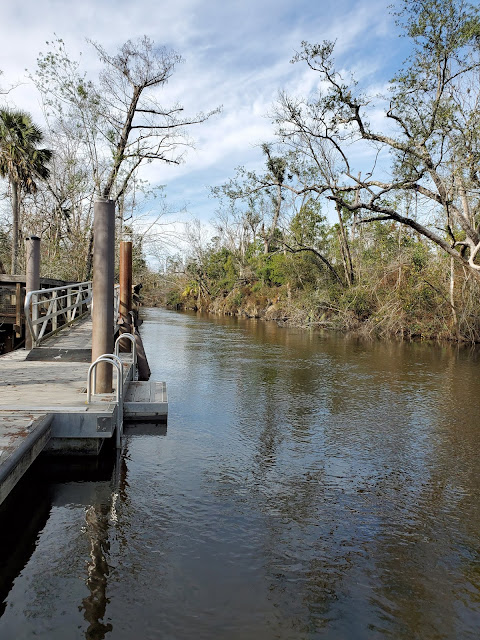 “Wistful” and “reluctant” are two adjectives that come to mind for describing how I felt as I turned back toward the car to resume the trip home. This was such a worthwhile detour!

Here's to the backroads!


Posted by Marcille Wallis at 5:42 PM No comments: