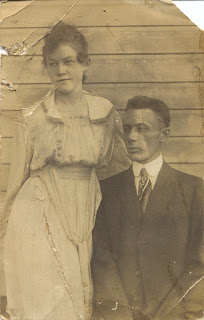 Memories of My Musical Mother

Today, as I sat on the porch with my morning coffee, my mom crept into my thoughts. As she often does! It's going on six years now, since she passed on, but it's safe to say that some memory of her has made me smile for each day of those six years.

And what made me smile today? A fragment of a song: "K-K-K-Katy, Beautiful Katy ... You're the only g-g-g-girl that I adore ..." Do you know this song? It's a WWI-era song, sung by a soldier who was headed off to "see if he could make the Kaiser dance." Everyone knows "It's a Long Way to Tipperary" or "Over There." Camille Wallis knew "the sensational stammering song."

She knew quite an assortment of songs, and sang them all to my brother and me: the "Erie Canal Song," though as far as I know she never laid eyes on the canal; a Christmas ditty set to the tune "Country Gardens," which I have never heard since, nor met anyone else who's known it; ... and a completely un-PC version of "After The Ball" that is so un-PC that I wouldn't even consider putting the words down here! (If you ask me when you see me in person, I will sing it to you -- provided you swear in writing that you will not let it diminish your good opinion of me or my mother!) There have been occasions in which I've been doing research, scouring old books for new tunes for my repertoire, and found the fragment of a song which I already knew thanks to the wild and wacky breadth of my mother's musical knowledge. "Oh where have you been , Billy Boy, Billy Boy?" is but one example.

My mother was a classically-trained soprano, destined to be so by her very name: my grandfather, a classical bass/baritone and cellist, named her Camille for "La Dame aux camélias," the central character in Alexandre Dumas's novel which inspired the opera "La Traviata." (At this point it should be painfully obvious that I have come by my musical "nerdiness" honestly.) Too much a tomboy to have mastered the piano -- because you can sing while climbing trees; you have to actually sit at a piano -- she poured her heart into her singing, and had a song on her lips almost constantly. I don't think she ever imagined herself a professional musician, however; she sang for various social occasions and in the church choir, and once competed in Florida's "Jeanie With The Light Brown Hair" contest (though she did not win).

She did make sure that her daughter (that's me) mastered the piano, however, in fulfillment of a promise that she made to my grandfather on the day that I was born ... he noticed my long fingers and proclaimed "that child is a born pianist." And she, and my father both, were ardent supporters of all my musical endeavors. Even when I was "only" performing as accompanist to someone else, it was the rare occasion that I did so without one or both of them in the audience.

She loved Irish music, the musicals featuring Julie Andrews, loved Nat King Cole and Engelbert Humperdinck, loved Roberta Peters and Beverly Sills (both operatic sopranos), but the music she loved best, far and away, was "church music," the old-time hymns and spirituals. She loved a good gospel quartet! And in her last years, she would watch her extensive collection of "Gaither Homecoming" videos over and over again, much to the occasional chagrin of my brother, with whom she lived; he'd sometimes call me and say, "It's all Gaither, all the time, here!" She'd watch them so often that she knew every line, every joke, and to us it seemed boring, but to her it was bliss because, ultimately, the Gaithers are all about music.

Of all the things my mother gave me and taught me, it's her love of music that has had the strongest influence on me. So this Mother's Day, as every day, I play with extreme gratitude for that love of music, and the joy and fulfillment it's brought to my own life. 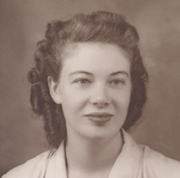 Posted by Marcille Wallis at 5:41 AM No comments: