Henry and I spent these two days simply wandering around Belfast. Well, except for a trip that we made up to Searsport, so that I could have a seafood platter from Angler's. It was always a big favorite of Greg's and mine, and we laughed every time we saw its sign, or rather, the sign for the motel next door: 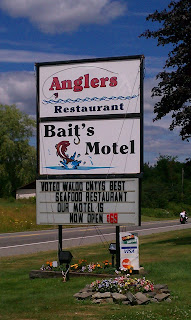 Other than that, Henry and I mostly walked around and sniffed things. Well, Henry sniffed things. I just took pictures. And we visited a bookstore. Henry was even allowed to come inside the bookstore with me! Belfast is a pretty dog-friendly town, and many of the shops keep a bowl of fresh water just outside the entry.

These first two photos are taken from the bridge crossing the Passagassawakeag River, looking down to the harbor and Belfast on the hill.

The rest of the pictures are in no particular order, and unless captioned there's nothing particularly "important" about them, except that I thought they were pretty. First, some photos taken around the historic neighborhood where we were staying: 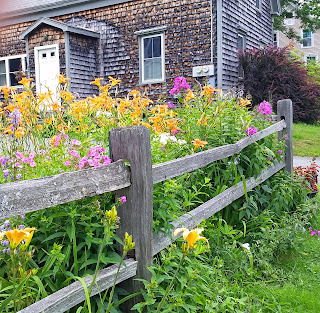 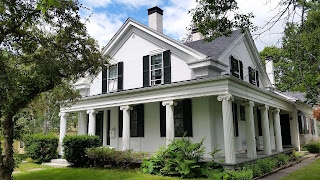 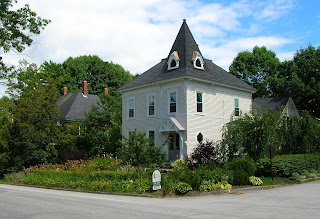 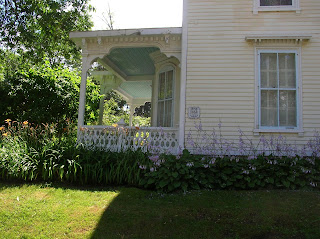 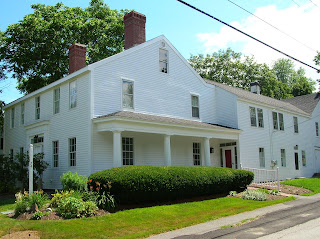 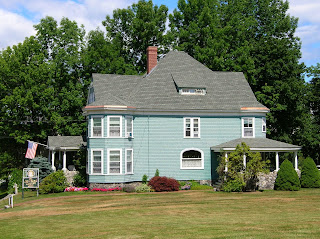 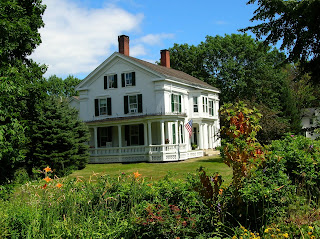 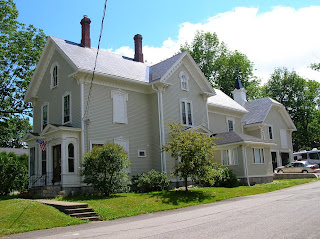 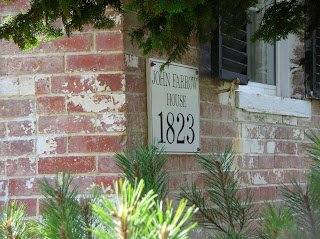 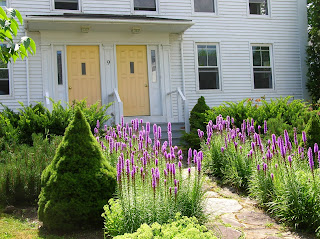 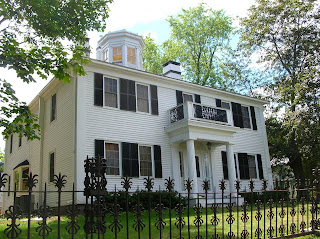 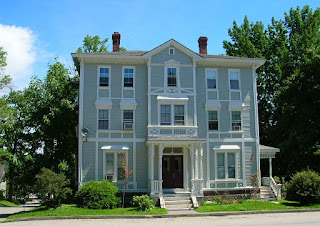 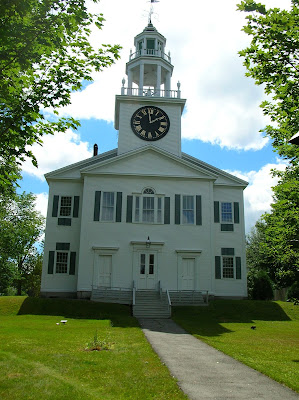 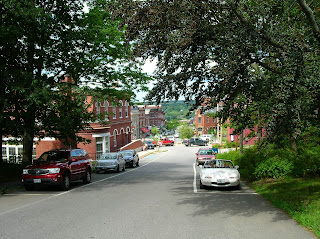 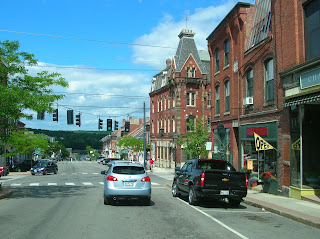 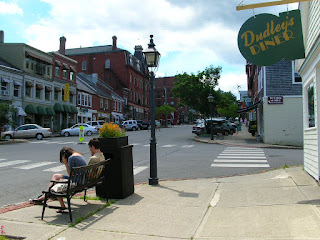 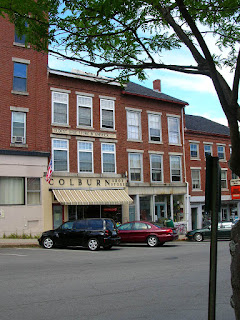 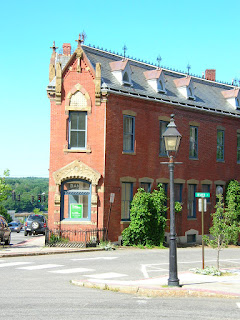 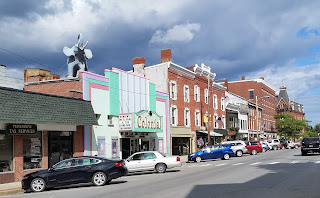 And last, a few scenes from along the harbor and the shipyard. Interestingly, though I'm sure shipbuilding, fishing, and other maritime trades have been important to the Belfast economy for centuries, until the 1940s the biggest employer was a large shoe factory which was built in the post-Civil War era, and which thrived as the town's economic mainstay until the chicken processing industry came in. Not sure when the chicken processing plant was phased out. 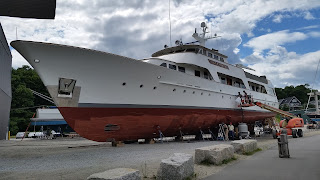 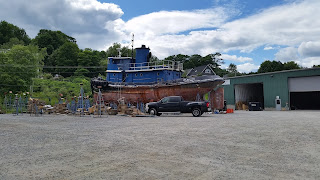 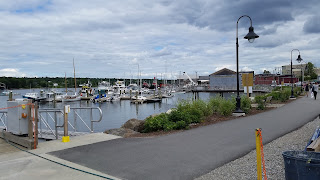 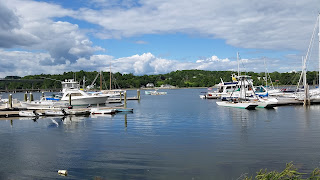 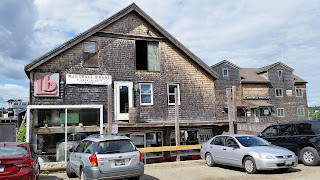 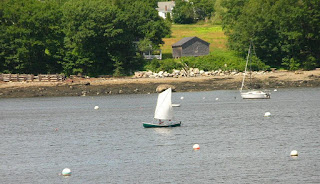 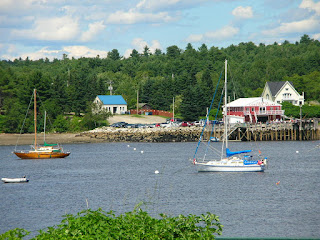 One last little photo of a t-shirt sold by a local vendor. 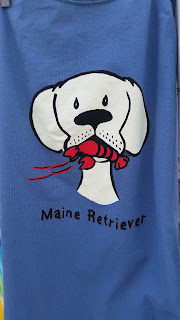 Don't be too surprised if next year, I'm posting from Belfast. Though I know I would not care for the harsh Maine winter at all, and wouldn't know how to properly prepare for winter, and wouldn't know how to deal with being completely snowed in -- well, let's just say I know better than to say I want to live here! But I wouldn't mind staying here for longer than a week at a time, and I may in fact try to work that out next summer.

Posted by Marcille Wallis at 1:54 PM